Well it’s always a little nerve-wracking when finally cutting the ribbon on a new project, no matter how much you’ve tested it. Even though I dropped a few 15 gallon buckets of water down the chute from the Sugar Shack’s rooftop to test the rainwater catchment system after I finished the build, and even though I added an extra bead of silicone caulk to those pesky corner-rounding spots in the rain gutters, there was still that nagging sense of… what if?

No more. We got our first storm in the neighborhood yesterday, a few solid hours of rain in the afternoon, and I couldn’t wait until the sun popped out to find out how the system was doing. The inflows were dropping a heavy flow into the barrels and doing just fine. After the rains had passed our four barrels were about half full, about 110 gallons caught. 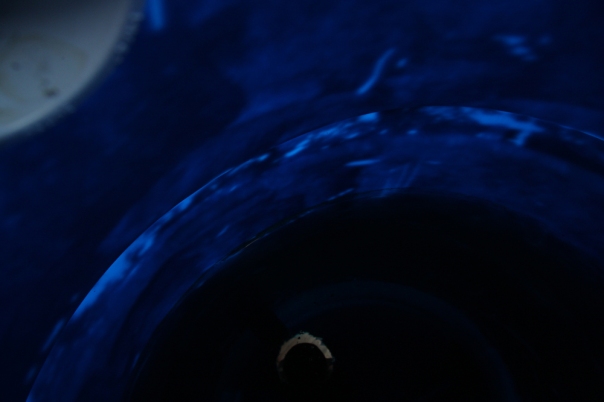 Now I can  get a more accurate idea of how much water we can catch: I went to www.noaa.gov and typed in our zip code. The nearest weather station to us is on the USC campus, which is a few miles away, but it’s close enough to give an idea of how much rain we got. The USC station got about 0.16 inches of rain during the storm; an average LA rain year of 15 inches would fill our barrels almost 50 times, though most of that will occur over the course of an entire six month “wet” season, and anything over 0.3 inches at once will be lost to the overflow.

It’s a good thing then that I actually improved the garden drainage by shunting the overflow directly into the drainage pipe, and there’s ample opportunity (and barrels around the garden) to do a rooftop catchment as well.